The SHSC committee have taken the decision to close with immediate effect entry for Calves Week 2021. This has been done to enable us to better manage and control activities for those who have already entered in view of the continuing Covid situation. We are also mindful of the local community on whose goodwill we depend on and we wish to respect that goodwill.

For those who have entered we thank you for your continued support of our event and look forward to seeing you at the event. For those that have not been able to enter but might have wished to do so we hope that you will be able to sail in our event in the future when times are better and look forward to welcoming you back to Schull in the then.

We continue to have strong turn outs for our cruiser racing fleet with 14 boats coming to the line last Saturday July 3rd for the Gunter Bell Trophy which was sailed around Cape Clear Island. this was won by Tony O Brien in Excelsior, Well done Tony and crew! So far this year we have had 19 boats that have sailed at least one race.

With the increased participation and with the increasing divergence in size and speed of the fleet the committee recently decided that our fleet should be split into two divisions. This has now been completed and details of the split as of today can be found here.

The sailing Instructions have also been updated and are included in the club documents page.

Because of the split the calendar has also been changed which can be found in the club documents page. The changes can be summed up as follows

We have enjoyed some good racing so far this season and hopefully these changes will build on what has been achieved for the rest of the season.

On Saturday 12th the club began its on the water activities. In the morning a total of 13 junior sailors in 5 boats took to the water for the regular Saturday Morning Taste of Sailing sessions which will continue until the end of August.

In the afternoon 11 Cruisers came to the line for the opening race of the Cruiser season which is traditionally for the 1st Commodore Trophy. Conditions were ideal with sunshine and light to moderate Westerly winds with the course of 12 miles length around Goat Island and club marks providing a gentle reintroduction to sailing on all points of sailing . The Echo division was won by Gaby Hogan’s Growler while the experimental IRC/Standard Echo division was won by Flor Riordans 3 Cheers.

Next Saturday’s Race is for the Applebe Trophy.

Finally, a special thanks to UK Sailmakers who are again sponsoring the Harbour Mark this year. The UK Sailmakers loft in Cork is run by Schull native and Club member Barry Hayes who provides a full sail making and repair services as well as canvas work as well as making the iconic McWilliams bags 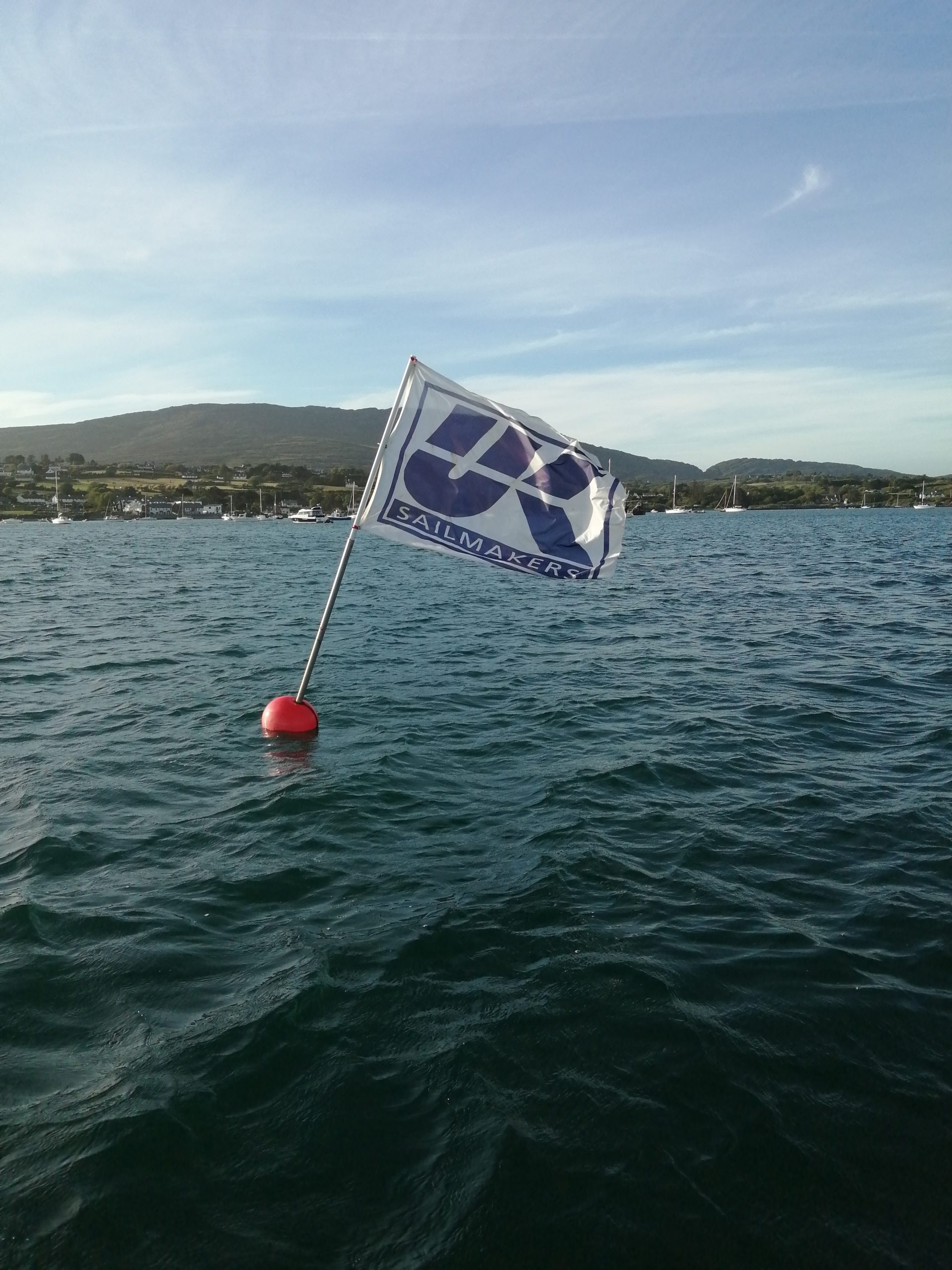 Announcement of Commencement of the Clubs Cruiser Racing Season

In a letter circulated to members on May 18th the Club Commodore, Sean Norris announced the commencement of the club’s cruiser racing season with the first race being the First Commodores’ Race on June 12th.

Your committee has put together a programme that will see the fleet race as one fleet but with scoring under the Progressive ECHO Handicap system that has been in operation for several years and also under a blend of IRC and Standard ECHO Handicap as produced by the ISA. The latter scoring will use a boats IRC Handicap where available otherwise the ISA Standard ECHO Handicap for the boat will be used. This will give boats an indication of how they would fare under the IRC system as the standard ECHO is effectively more or less the same as a boats IRC Handicap.

We will be trialing some new courses over the season so brush up on your navigation!

The sailing instructions will be issued shortly.

Unfortunately, Covid 19 is still with us and consequently we have to organise ourselves accordingly so for now the arrangements with the exception of the Skippers Meeting (skippers Only unfortunately for now) will be as they were last year see here (Insert Link) until the Public Health Advice Changes. These are:

– In advance of each race all competing boats are required to register on the “Skippers Registration WhatsApp Group” which we ran last year in accordance with the club Covid 19 protocol.

– In advance of each race all competing boats are required to submit contact tracing details to [email protected] in accordance with the club Covid 19 protocols.

– The Pod System will continue to operate on the club ferries i.e. the ferry will bring and collect only one boat crew at a time. Please try to avoid congregating on the Pontoon and if a situation arises where more than one Pod ends up waiting for a ferry please practice social distancing.

– Prize giving’s will be by “invite only” as was the case towards the end of last year. We will endeavour to provide Live Streaming of the Prizegiving’s. Details will follow in due course.

Hopefully as the season progresses the Public Health Advice may change to allow us to relax some or all of the above limitations.

Racing is back in Schull!

The SHSC course race card for Saturday races is now available, and can be found by clicking here.

The 2020 Calves Week Regatta has been cancelled due to the ongoing Covid-19 situation.

The Committee of Schull Harbour Sailing Club has come to the conclusion that it could not guarantee the safety of large numbers of competitors in the small town of Schull in these uncertain circumstances. The considerable difficulty in implementing social distancing on and off the water and the risk of spreading the virus has led to the cancellation of the regatta. We are mindful of the government guidelines with regard to social distancing and the convening of large gatherings. Whilst it is a big disappointment for all involved, we feel it is in the best interests of all, competitors, club organisers and the local community in Schull.

Schull Harbour Sailing Club wish to thank the sponsors of the event, particularly our main sponsor CD Environmental, the Race Officer Alan Crosbie, those who have already entered and all the loyal supporters of Calves Week for their patience and understanding.

Hopefully Calves Week 2021 will be back stronger than ever